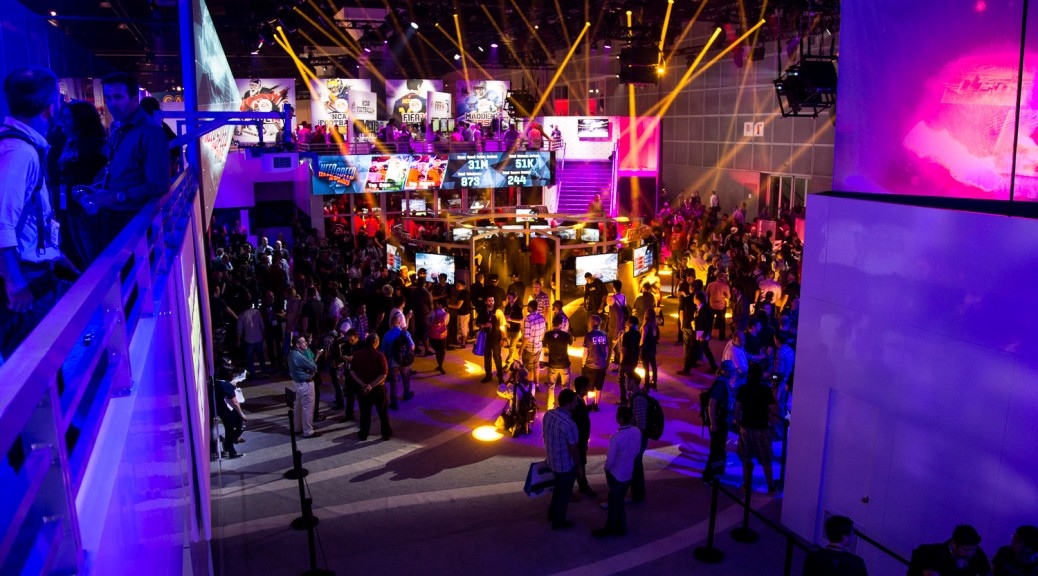 I attended E3 this week, my first time ever attending! It took place at the LA Convention Center, and although there were a lot of people there, it didn’t feel quite as crowded as other conventions I’ve been to. There was still a ton to see though, and since there exhibitors in both the West and South Halls, a lot of walking around.

Most of the indoor halls were very dimly lit though, and although I’d brought my 580EX II, a lot of my pictures didn’t have the best lighting. Just one of the challenges of photography at events like this though.

Many of the booths had a lot to display, and several had models too, so I had plenty to take pictures of. Ubisoft even had several zombies behind a fence, which was pretty neat. The Titanfall statue was especially impressive, it had a moving head and everything. I even ran across Felicia Day and Jessica Nigri.