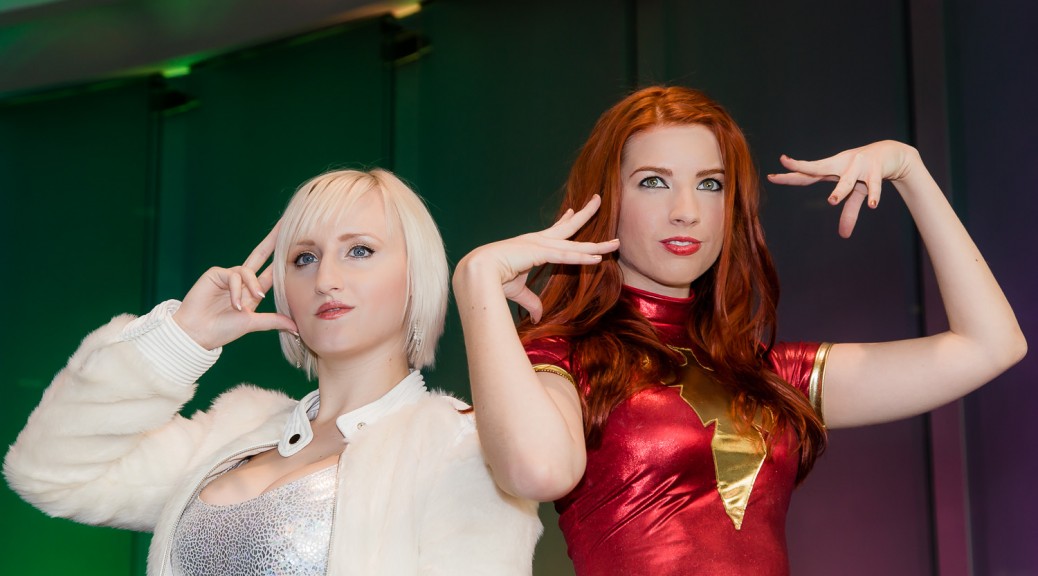 Last month I checked out the Long Beach Comic & Horror Con, I could only attend for one day but still managed to see a ton of cosplayers. Came across a few I’d seen at Comikaze and also several new ones. The convention center there is a pretty nice venue, the lobby had a lot of open space and very large windows, and the outside area had plenty of room. I do wish the room used for the masquerade was a little bigger too though, and that they’d used different lighting. The ones they used put a purple tinge over everything which just looked really odd. 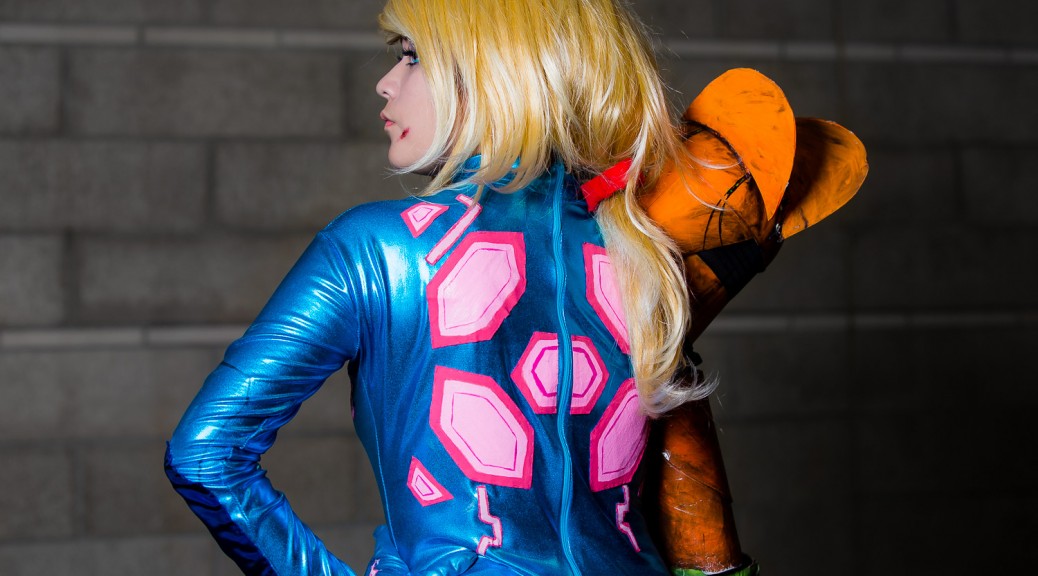 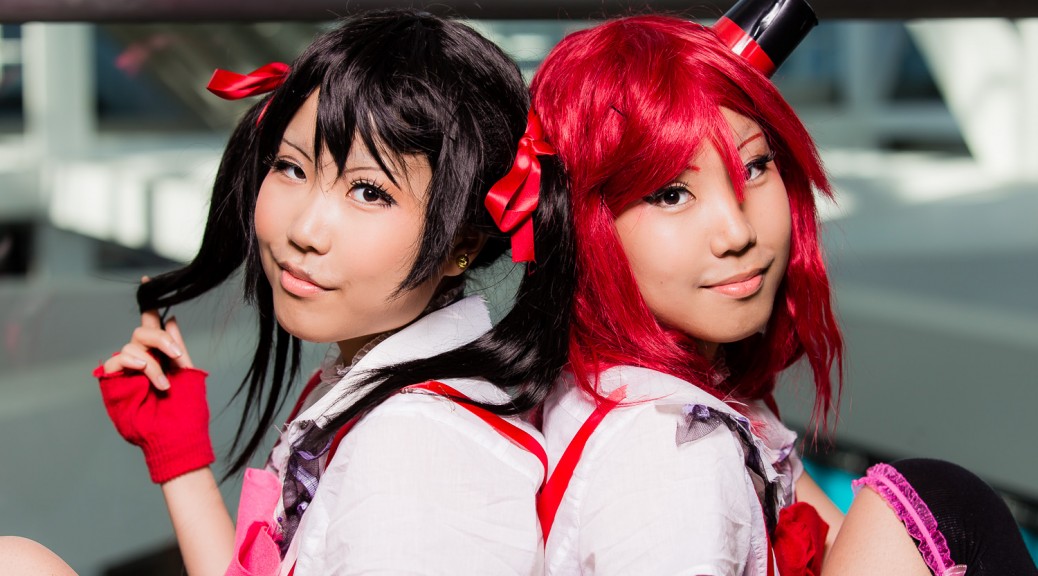 While at Comikaze, I met two cosplayers who came as characters from Love Live!: Maru as Maki Nishikino and Seri as Niko Yazawa. I had some free time and wanted to get used to approaching cosplayers for shoots, so I asked if I could do a quick photoshoot with them. They agreed and we met up later once I’d setup my equipment.

Lighting for two people at once using just a single light source was a little challenging, especially when they’re back to back. But it was a good learning experience for me and I got to do a little experimenting with moving the light around.

The windows there had a slight greenish tinge though, so post-production was a little tricky. Sometimes I’m still not sure if I’ve adjusted the color balance properly or not.